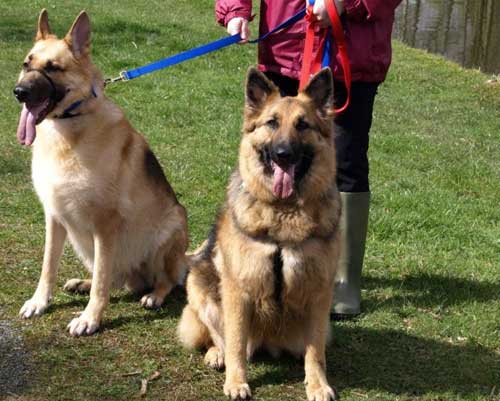 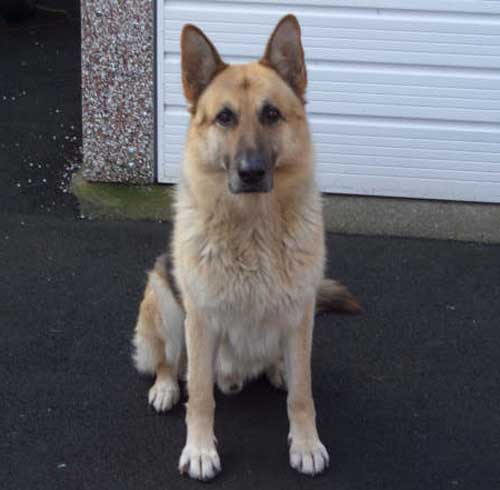 Zac is a large almost 50 kilos (not overweight) dog, who has a very friendly temperament though does guard his territory. He is very good off the lead and well behaved. He has been brought up around young children who he is very good with him. Owners are emigrating to Australia April.

Ivan -central. rescued from being put to sleep in an Irish pound 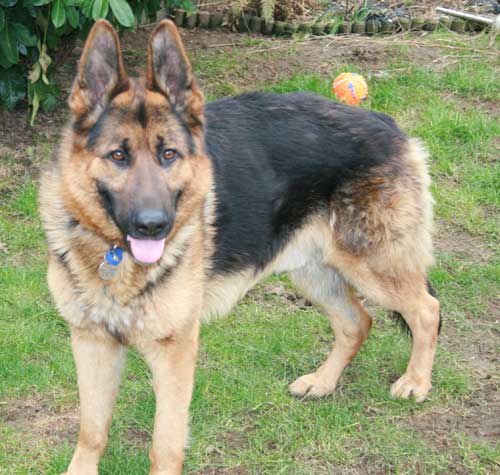 Ivan is a good dog, great at walking on the lead to heel. He knows his sit, stays but does not necessarily do them until badgered. He is a playful guy but does want to be top dog, so he will adapt better to a household with a laid back GSD male or with female dogs. He is uncertain with regards to hoovers, hairdryers etc. He has gone from a depressed boy to Mr fun and he loves to give hugs and kisses. He needs to go to obedience classes to get the best from this boy.He will make someone a great dog if they are willing to work with him. He has been to the park but did not particularly take any notice of the children, but because this is an unknown factor and he is a boisterous lad would recommend him to be re-homed with an adult family or older teenagers only, he has not been cat tested.

Chris - tied up outside the dog pound and left to die! 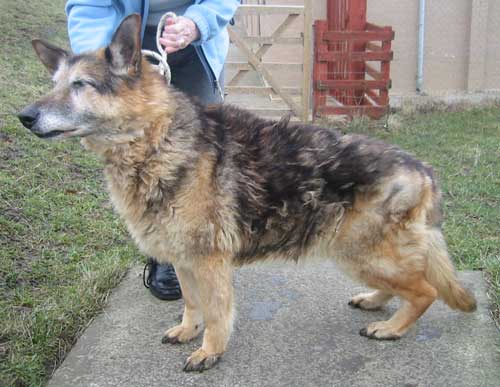 Chris was tied up and left outside the dog pound - presumably because they didn't want to pay to have him put to sleep. He is a friendly dear old boy and has obviously had a very bad life. He is going for a wash and brush up later to make him feel better. Please, can you offer him a home? 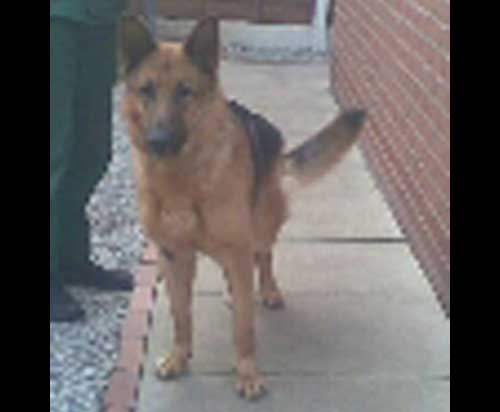 WE HAVE 5 DAYS TO FIND LEVI A HOME BEFORE HE IS PUT TO SLEEP!! A veterinary practice in Manchester has had Levi for 6 weeks as he was assigned over to them by his owners. He is apparently very protective and can be dominant and therefore his owner took him to the vets to be pts. They have found him dominant - apparently, he attaches himself to whoever he is with straight away and then is protective of that person. He is a big entire dog, black and Tan, micro chipped with vacs up to date. They think that he should go to an experienced fosterer or someone who is very experienced with GSDs who will be able to work with him as they feel his behaviour could very quickly turn into separation anxiety. He is a big dog and the vet nurses are now struggling with him as they do not have the build or strength. He is apparently very very friendly with the first person that goes to walk him and then just immediately becomes protective of that person. In terms of timescales, they are only really looking at another 4 days before they will make the decision to put this guy to sleep. 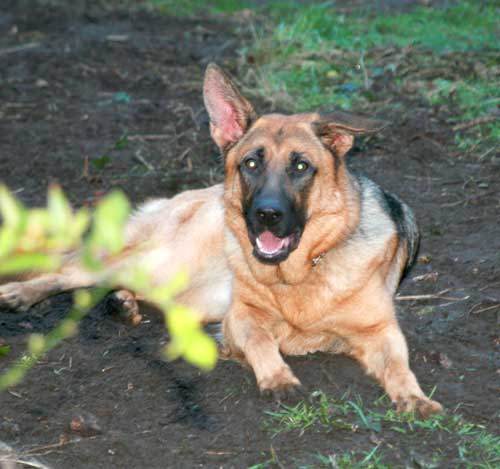 Ella is a lovely, loving dog who has had a number of homes in her short life. She is very strong on the lead and loves water. She needs an experienced and confident owner and a calm environment, ideally with an older dog. With some patience and training, she will make a fantastic, loving, loyal friend 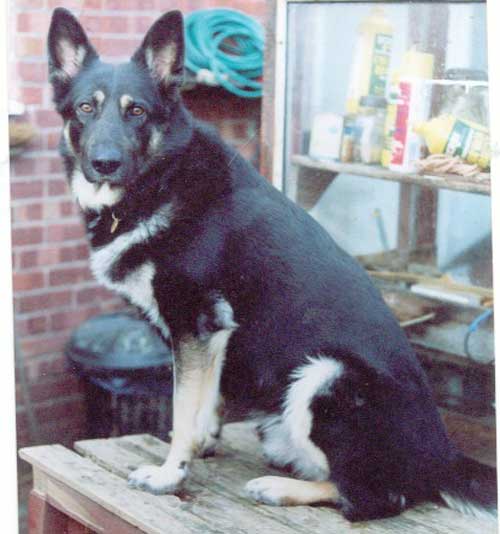 Max is a 9 year sold black and tan, entire, short coated male. His owner has recently died, having had him from a puppy and Max is being rehomed by his dog walker. He acts and looks more like a 3-year-old than a 9-year-old. He is a gentleman, very loving and playful, and generally obedient. He is good on or off the lead and he loves women and cars (like his previous owner). He is good with children and other dogs (although not sure about Yorkies), but not sure about cats. He is still in the house occupied by his deceased owner and is being walked by the dog walker. He needs a new home as a matter of urgency. 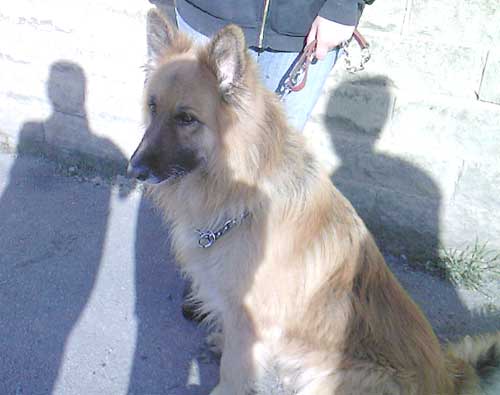 Hard to believe but Ted was in the dog pound and due to be put to sleep because they were full up. He is now safe in kennels thanks to rescue volunteers. Ted is a really lovely big lad. Everybody seems to fall in love with him. We think he is about 3-4 years old, long coated. 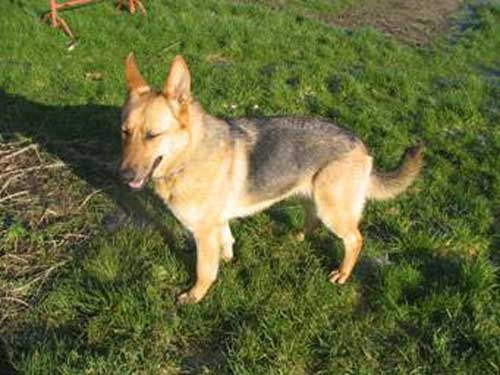 Rosie is 18 months old, black and tan, short coated bitch. She is not spayed. Current owner has had Rosie for a year and she has been fine with people coming to the house and lives with three children (aged 7+). She is generally friendly with people including with workman working at the house. Rosie is fine with confident cats and generally with other dogs although she has scrapped with owner's elderly Jack Russell who has usually been the aggressor. Needs rehoming as a matter of urgency. 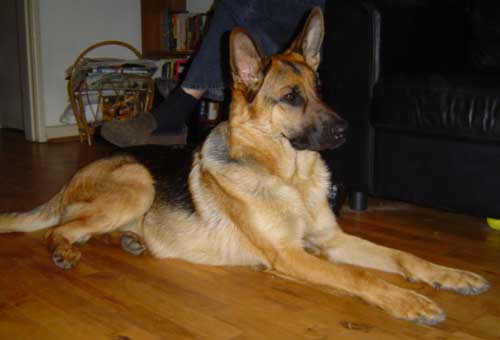 Hugo has been castrated, vaccinated on July 07 and is micro chipped, he is left on his own for many hours a day through the week but never chews anything, doesn’t bark when left alone {apart from someone knocking on door } and is housetrained. Hugo is ok travelling in a car. Hugo doesn’t like cats or dogs, but he only comes across other dogs when on a lead, so may be different off lead. He is never off lead so isn't getting enough exercise. Owners tell us he has bitten on a couple of occasions so that’s the reason for re-homing him.  He will not be re-homed with children, an experienced owner is needed.  He is a lovely dog can be very obedient but is easily distracted. Room for improvement on the lead and would benefit from work on his training.