Charlie and Coco two black german shepherds lived together. Coco was picked up yesterday covered in lice and fleas. She went straight off to the vets. Charlie couldn't be picked up until today. We can only think of a few words to say about the disgusting individuals who owned these two poor dogs - CRUEL BASTARDS!!!!!

This is what our volunteer says: Couldn't get any decent photos when we first arrived as it was chucking it down with rain and he was distressed - he's not happy with strangers, so took a while for him to be happy with the "helpers".

Have taken some fresh photos now and will need to cut away some of his hair to get at problem areas better - and there are loads of chunks of ear wax/puss/shite that is hanging off him in chunks that needs to be cut away. So we'll take some more photos when we do that.

His back already looks better for just a wash and it's done no end of good to his coat!

Basically, he has been starved and they only gave him leftover curry last night - so I've now got the after effect in liquid format. He came with no collar, no lead, a single toy and there was no dog food in the house - although they did offer me some cat biscuits for him, but I declined.' 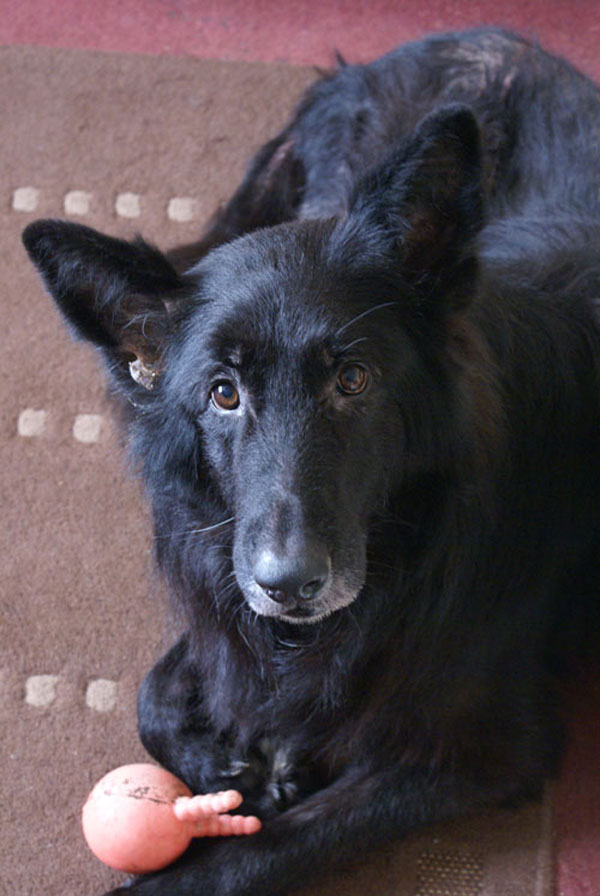 Believe it or not, this is an ear! 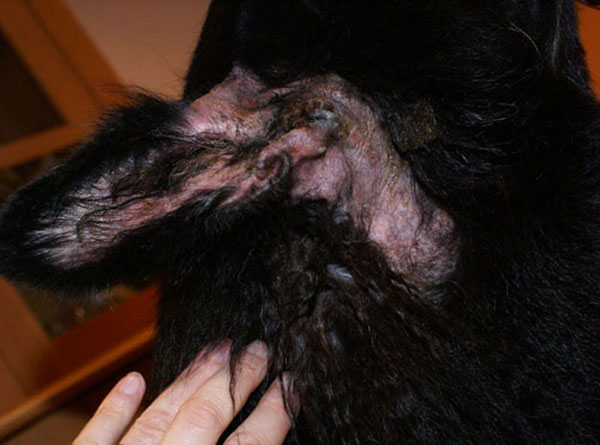 A simple cheap treatment would have prevented this 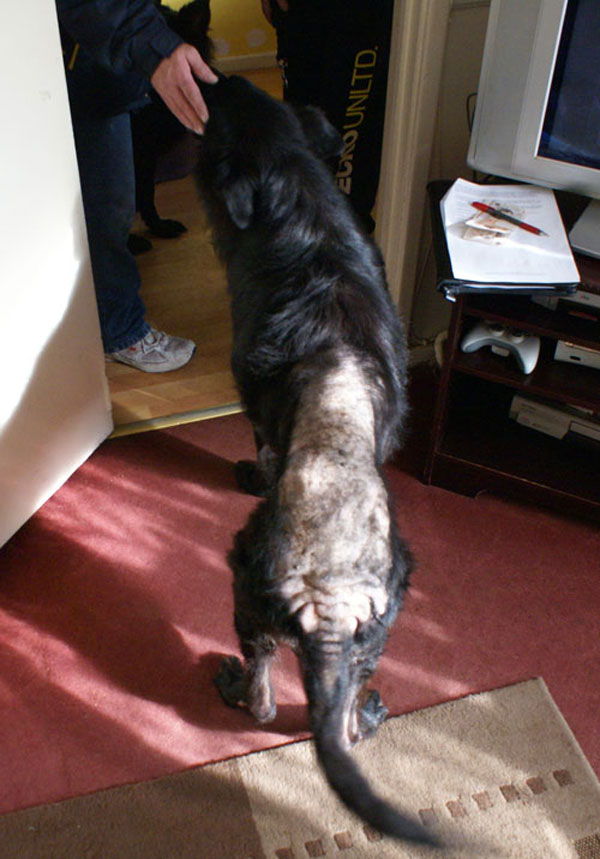 This must be so painful for poor Charlie 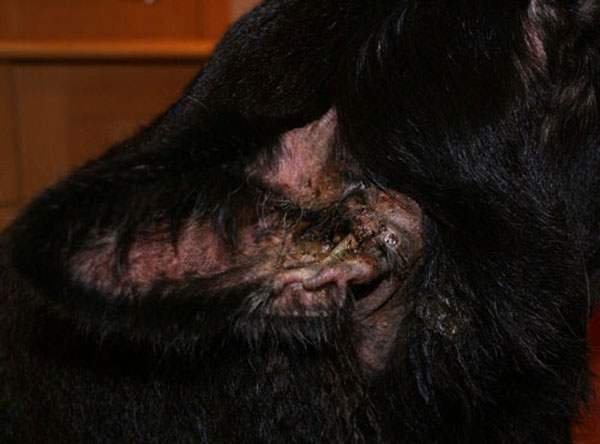 No really - jump over it! 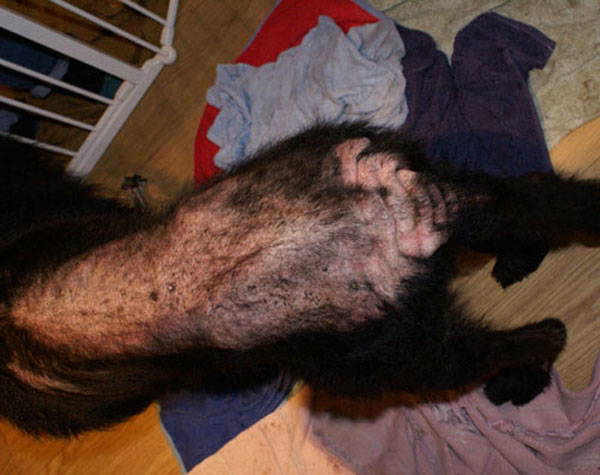 Coco- covered in lice and fleas but safe now

Both Coco and Charlie are safe now. For the cruel owners - You Reap What You Sow!!!