SMILEY - The dog that really does smile

Smiley is a mixed German Shepherd who came to GSDR when he was 7-8 years old, saved from the streets of Bucharest and from the slaughter that is occurring out there in Romania right now. Smiley was rehomed where things became very bad for him in an awful home that didn't treat him nicely. Smiley has now been in kennels since January 2014 with no interest in him whatsoever.
Smiley was a lovely, friendly, affectionate boy but when taken back to the kennels, he was a different dog and now hates children. Smiley has learnt to trust some big people again and one of the dog walkers takes him home for the day to get him out of kennels.

Smiley - before he was rescued 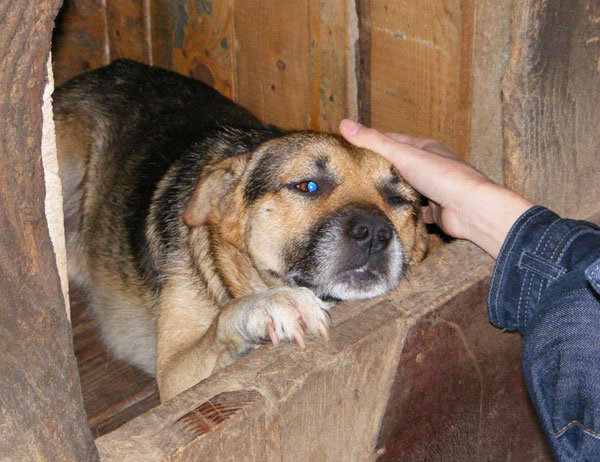 Smiley is a very special dog. Despite ill-treatment at the hands of callous humans, he is kind and loyal, docile and friendly even with strangers. His Romanian rescuers could not let him down now when he needed so badly a safe place and a family to love him, so was taken to a private shelter for safety.

Smiley - how can you resist? 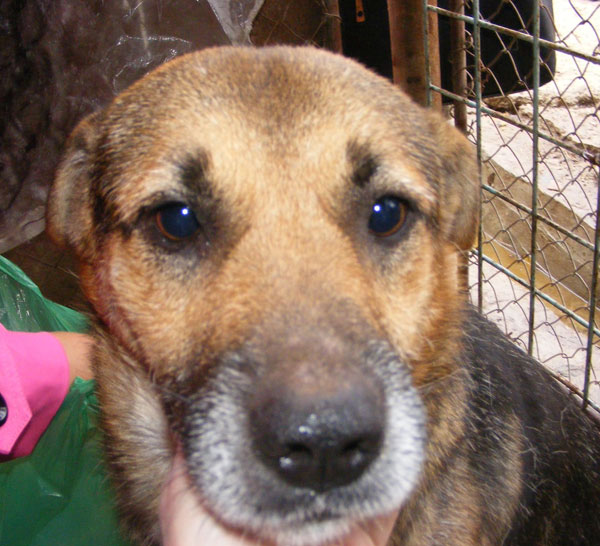 A very kind lady here in Edinburgh set up a Facebook fundraising page and raised all the money needed to get him here safely to the UK, and she asked us to take him and find him a kind loving home.

Smiley being prepared for his trip to the UK 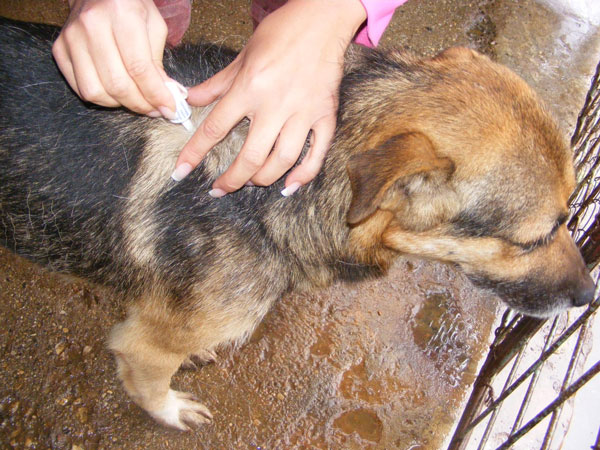 Smiley was also neutered and he has his own passport

Smiley getting a cuddle of one of his rescuers 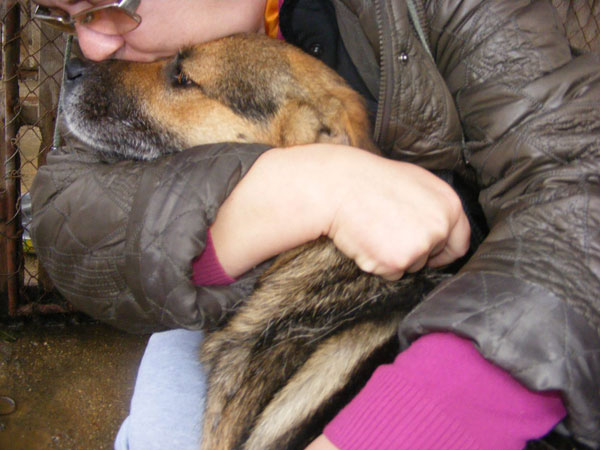 Smiley saying goodbye to one of his rescuers 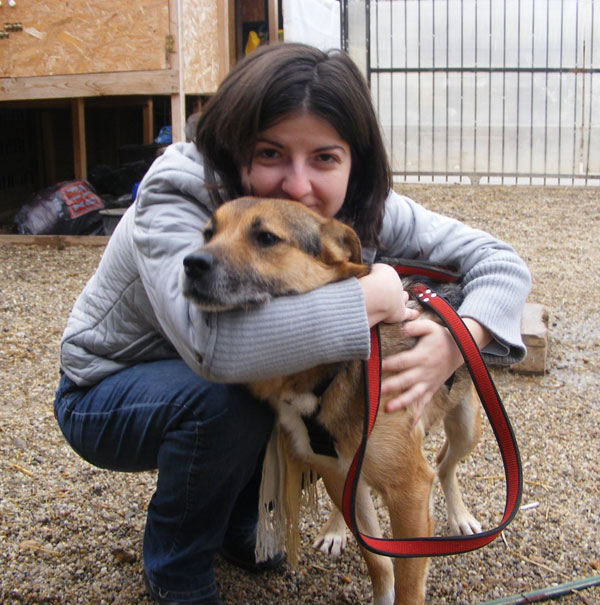 Smiley getting yet another cuddle 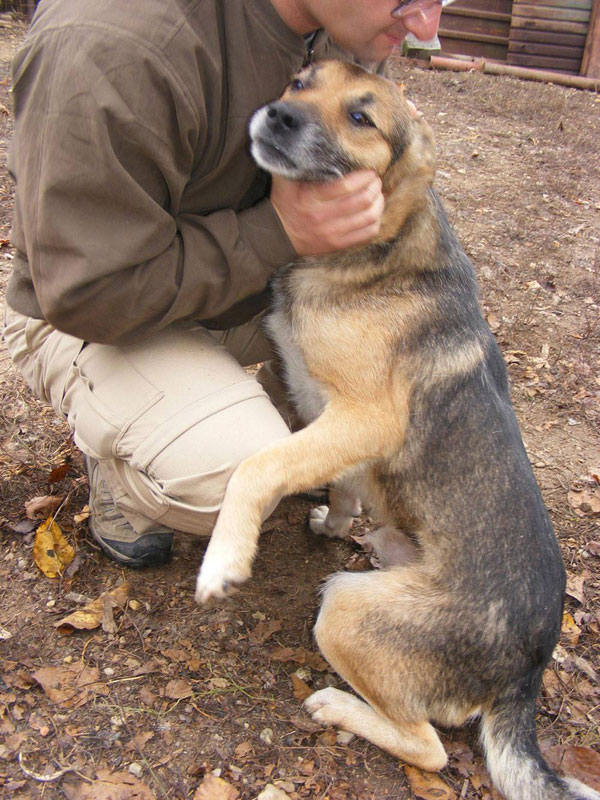 Smiley got along fine with his rescuer's other dogs, stays very still in the car and they have been trying their best to convince him to go on the leash. His name Smiley is not by chance; he is a dog that laughs, that hasn't lost trust in people and welcomes them with a smile. Shortly, he is Smiley!

Smiley - in the car and on his way to the UK 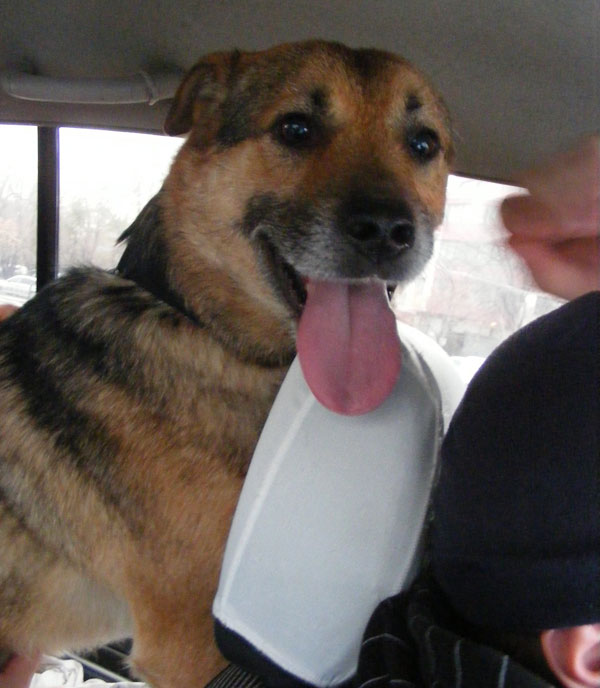 Sadly we couldn't find a foster home for Smiley and he has had to go into kennels. He doesn't deserve to be in kennels because he is a lovely friendly affectionate boy