Press Release from SHG: RSPCA ATTEMPTS TO CENSOR THE INTERNET AND SUPPRESS CRITICISM. NB, we are not responsible for the content on external websites.

OCT 1st 2009 STOP PRESS: The legal team from the UK's largest and richest animal welfare charity, have today contacted this rescue threatening to sue for Trademark Infringement for using the acronym that is their name. If you have made a will that contains this acronym, please contact your solicitor immediately to make sure you don't infringe their trademark. We have checked and it is OK to replace offending acronym with 'CINNAMON TRUST'. Robert Killick writing for Our Dogs Says

For those of you that think this is a malicious slur on what they claim is 'the nation's best loved and most respected animal welfare charity' - BELIEVE IT. We use the word SLAUGHTER because The RSPCA inspectors used a captive bolt gun which is a weapon used in slaughterhouses to stun animals prior to bleeding!! This story originally surfaced thanks to Many Tears - appropriately. There have been many tears shed by animal lovers since the discovery of this atrocity. We believe that they thought nobody would ever know about this!

It's worrying knowing what will happen to your pets when you die, but a family in Pontardawe South Wales found just the help they needed when in June 2009 this year, a relative died leaving 10 Pet German Shepherds in a house all alone.

So just to reassure you pet owners, let us go through this in stages now and show you how the RSPCA helped the family in Pontardawe.

'The owner’s next-of-kin later contacted The RSPCA again and said they had been turned down by other charities, including the Dogs Trust (FALSE), who were unwilling to take on the animals and they signed over the dogs, fully aware of what would happen.'

We wonder if the RSPCA told them they would stun them with a captive bolt gun or did they say that they would be humanely destroyed? Never mind who will ever know!

OK so The RSPCA inspectors arrive at the dead relatives house with a grasper and captive bolt gun. Remember now that these poor dogs had been left in the house alone after the owner had died and they were probably hungry and frightened. Never mind who will ever know! 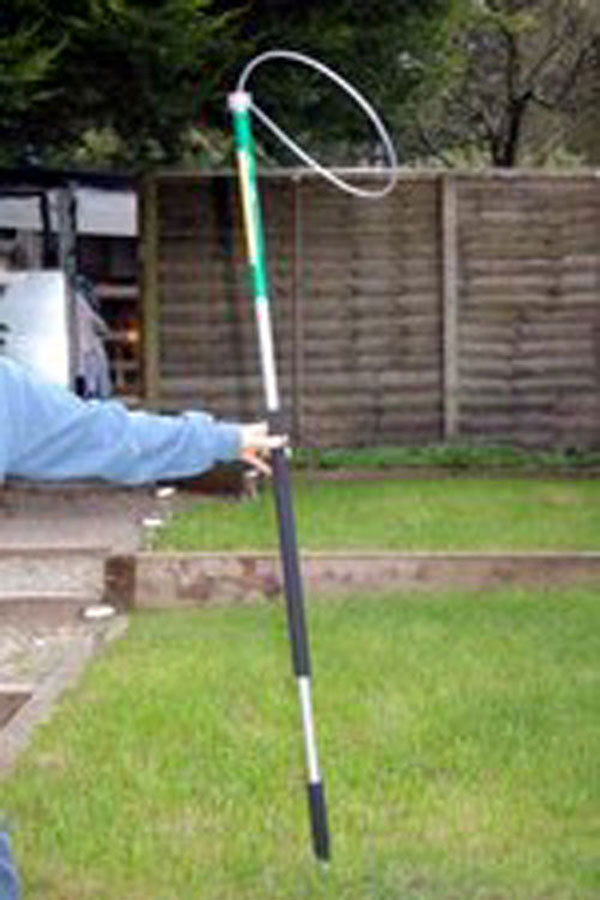 'The dogs were taken outside into the garden of the house on a grasper, given a few moments of exercise (it is unlikely they had been outside in weeks, if not months) and then the inspector used a captive bolt.'

Bear in mind that your average GSD will weigh 30-40Kgs and The RSPCA claimed that the dogs were aggressive. So how do you take them out for a few moments of exercise on the end of a grasper? I think we might have the answer .............

Maybe this is how it was done!!!

Grab the son of a bitch by the neck and pull

Just as well this isn't an aggressive or terrified dog struggling to get free!!! Who knows how you would hold an aggressive dog still long enough to get a captive bolt through its skull. Hang on though I think we have it......... 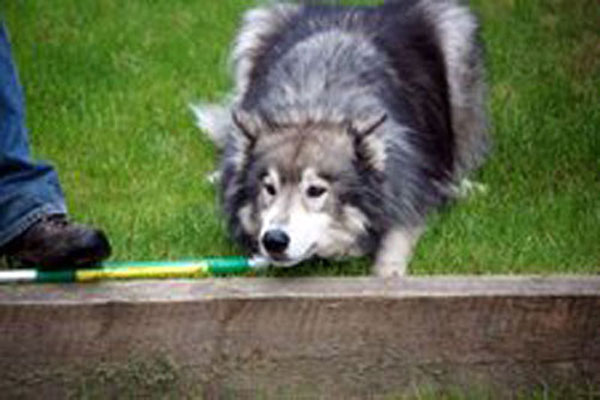 Poor lamb, he looks so worried but it will soon all be over. Never mind who will ever know!

Keep the boot in and shove fist hard down on the back of pooches head. 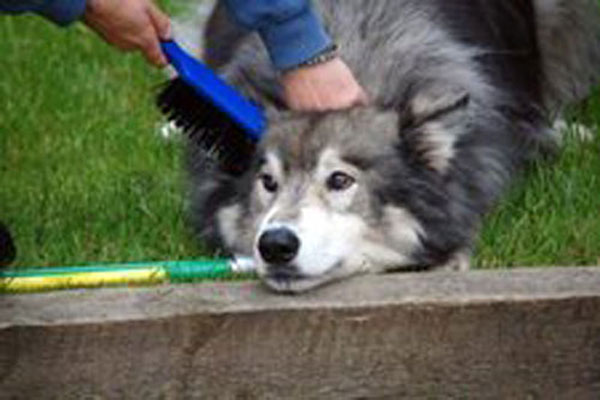 The International Companion Animal Management Coalition (“ICAM”) deems the captive bolt to be an unacceptable method of “euthanasia” stating:

'The penetrative captive bolt pistol must be placed in contact with the animal’s skull and precise positioning is essential so that the bolt penetrates the correct area of the brain first time. Animals must be adequately restrained so that the head remains steady (Carding, 1977; Dennis et al., 1988; Beaver et al., 2001), which makes this method particularly difficult with fearful and aggressive dogs and cats (Carding, 1977). Furthermore, the conformational differences between the skulls of individuals and breeds of dogs increase the risk of a mis-stun. The principle skull types are dolichocephalic (long, narrow head), brachycephalic (short, wide heads) and mesaticephalic (medium proportions).

As there is a high risk of miss-stunning through inadequate use of the penetrating captive bolt and hence causing pain and distress, WSPA considers this an unacceptable method for the euthanasia of dogs and cats.

The RSPCA is itself a high-profile member of ICAM.

In The RSPCA ‘s own documentation “Farm Animals”, it clearly states:

Captive bolt stunning is used on cattle, sheep and some pigs. With this method, a blank cartridge is used to force a metal bolt out of a gun and into the brain of the animal. The bolt does not kill the animal (stop the heart) but, if used correctly, causes the animal to lose consciousness immediately.

OK so it's an unacceptable method for killing pets and it might not work the first time but it's cheap and who is to know? If at first, you don't succeed, try and try again. How many shots did it take to kill those 10 GSD's or were they just left to die an agonising and awful death? Never mind who will ever know!

So no need to worry what happens to your much-loved pets after your death. The relatives in Pontardawe, South Wales found the good old RSPCA enormously helpful.

Never mind who will ever know! Well, we all know now thanks to Inspector Richard Abbot!! 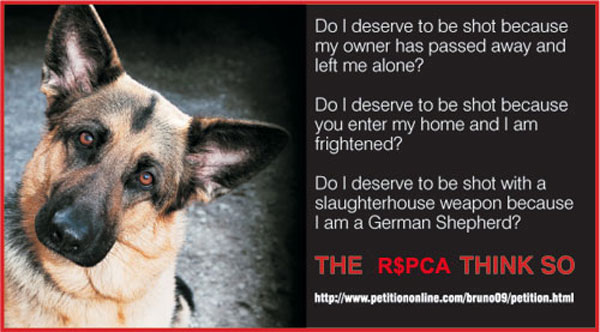 The Dogs Trust strongly believes that euthanasia should always be the last resort in situations such as these and only when all other avenues have been extensively researched and then exhausted.

In terms of the actual method of euthanasia, Dogs Trust has never used a captive bolt to stun prior to putting a dog to sleep, nor will it ever. There are pharmaceuticals that can be easily injected under the skin or into the muscle of a dog that will sedate them effectively to allow a competent person to give a lethal dose of barbiturate intravenously.

I hope this helps clarify our position regarding this matter.

We acknowledge that RSPCA is a registered trademark registered to the Royal Society for The Prevention of Cruelty to Animals. We are not using this trademark in the course of trade but simply to make a statement.

We have a further article on the RSPCA IN BOLT GUN FURORE.