This is the lovely Sha. She arrived in the rescue some 6 weeks ago and OMG was she fat, so so sad that people think or rather don't think that this dog looks ok. She is not such a porker now thanks to Aunty Allison and her boys - she is losing weight and getting fitter by the day. She will make a wonderful faithful companion. 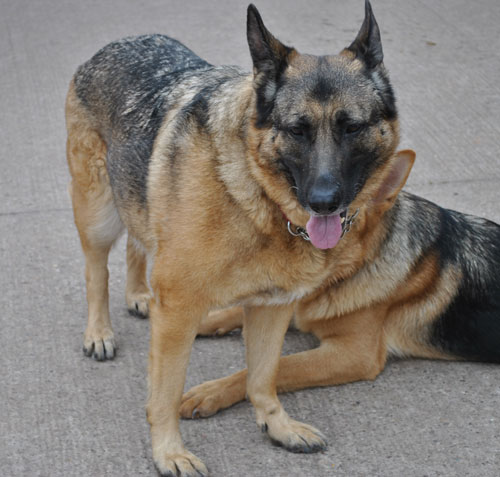 She is 6yo, spayed, suprise, suprise her vaccinations have run out and she is not chipped. Before she went into foster I really don't think she had done much in the way of socialising with other dogs but had definitely made up for it now. 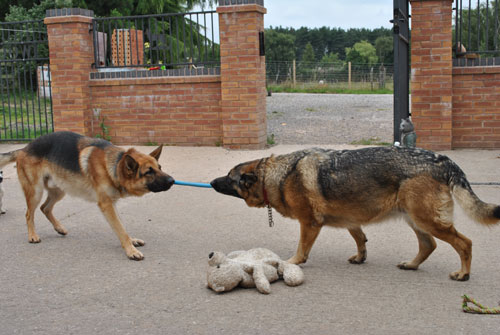 Sha gets on fine with large dogs and will play quite happily but isn't so happy about little ones so it's a no on that front. She can get a little grumpy with some toys and treats but with a stern “NO” she backs off and is fine

Sha practising being a sniffer dog 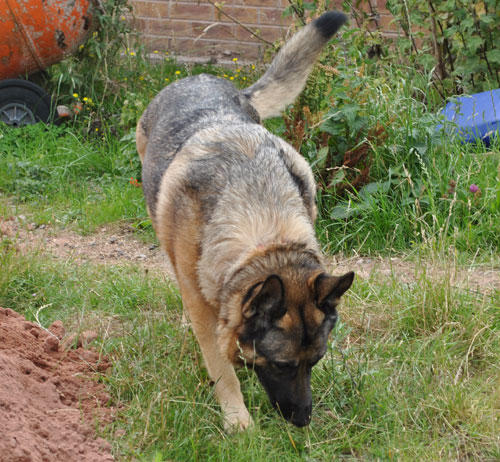 Sha does pull initially on the lead but very soon gets the idea and is much better. She loves and I mean loves to chase rabbits around the field and for a larger lady she can really move!!! , so it goes without saying a no for cats and other small furries.

Sha having a great time in the sandpit with her friends 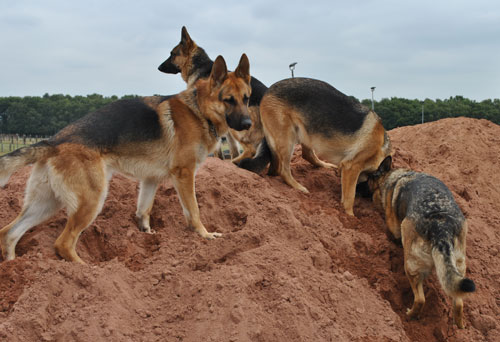 When it comes to people and children of 8+ she adores any attention she can get, the more the better as far as she is concerned. Sha would make someone a great companion as she is very content to sit and watch the world go by as she is running after that pesky rabbit!

Time for a sit-down 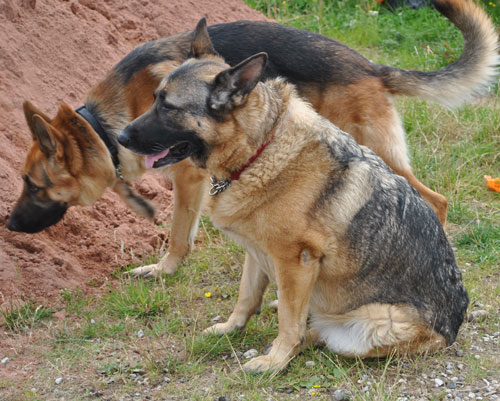 Tiring work all this playing and tug of war!