Please note that it is a criminal offence to have a dog unrestrained in a vehicle! This happened on the M5 at speed and one person's stupidity could have caused a pile up with human casualties.

On Friday 30th May we were overjoyed when Drake was adopted after spending most of his short life on a chain. He was handed over by a wonderful volunteer who ensured that he was tethered safely and securely in the boot of the vehicle before going off to his new home.

The joy was short lived when we received a phone call on Saturday morning to inform us that he had been involved in a serious accident on the way home.

For some reason, the adopter thought it would be a good idea to move the dog from the boot into the back seat of the car, god only knows what was going through their heads when this decision was made. From here a catalogue of disasters proceeded, resulting in the window being fully opened while travelling along the M5 and Drake leaping out of the moving car with the adopter still having hold of the lead. 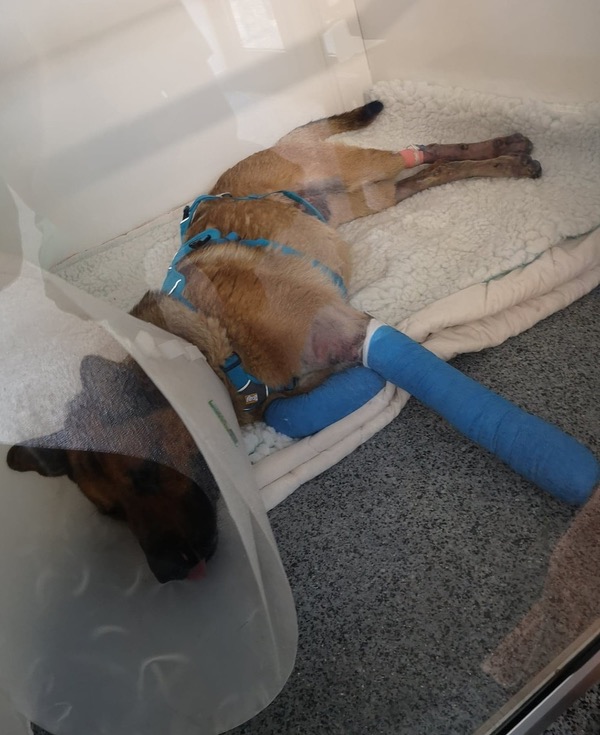 Drake is heavily sedated because of his injuries and pain

He has multiple external injuries but the most concerning are that he has either a complete or partial tear of the nerve that supplies his front right leg, so he has a floppy useless leg which would have to be amputated should the nerve tear be complete. To complicate the matter he has a broken wrist on his front left leg which requires carpal fusion but doing this whilst he has so many wounds increases the risks. So at the moment, he has 2 useless front legs plus deep abrasions to all 4 of his legs and feet.

Drake is very confused and frightened 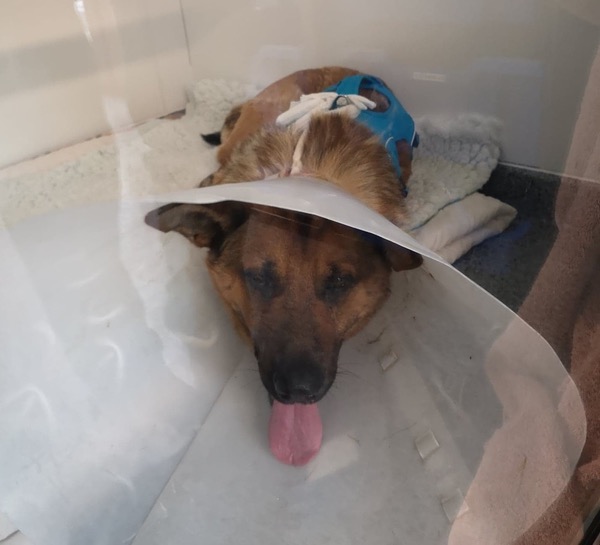 The adopter initially took Drake to a local vet who got things so mixed up that the records stated he had been involved in a dog fight, how any vet could even suspect these horrific injuries could possibly be caused by a dog fight is beyond us at the rescue. Drake spent 48hrs in these vets before we organised getting him to a specialist veterinary hospital for a proper assessment. Things haven’t been easy to establish, Drake is in a lot of pain and is very confused and frightened … he is grumpy but I think I’d be too if I had fallen from and been dragged along by a car suffering multiple very painful injuries.

He has lost pads, claws and suffered terrible injuries to his legs 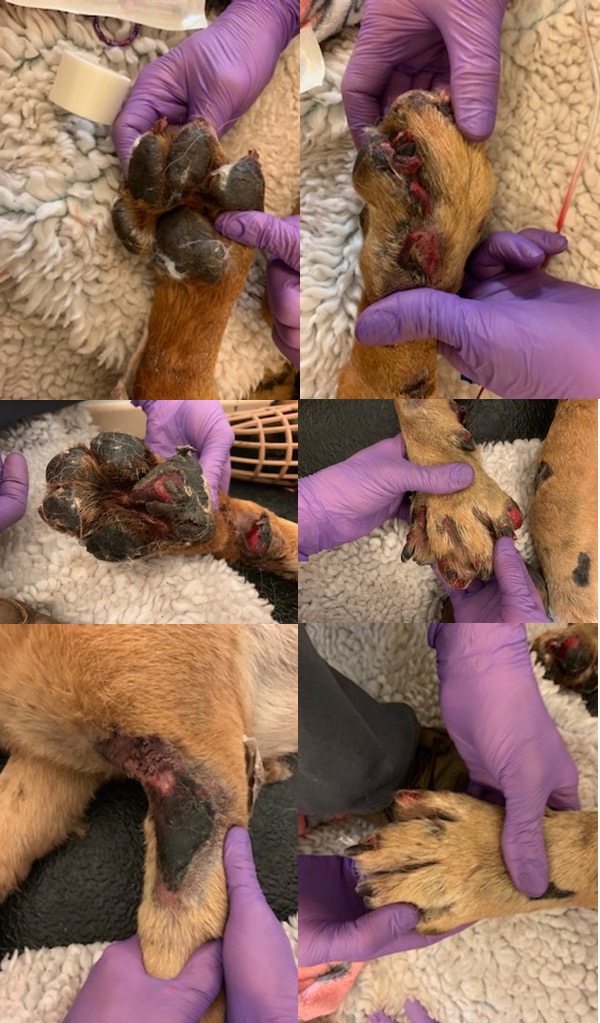 If Drake survives and we are doing everything we can for him, he will need someone dedicated to helping him convalesce which won’t be his adopter who incidentally claims to be a K9 psychologist but who couldn’t work out that opening the car window with a strange dog in the car wouldn’t be a good idea!

At the moment Drake is heavily sedated to help him heal and we intend to leave him as long as we can there until we are in a position to make a decision on what’s best next. The basic costs without meds are £200 per day at the hospital

Although still legally the adopter's property, she can’t afford the hospital treatment so the rescue is now faced with a bill which will be approx £15,000 and that’s without the cost of amputating his leg if the nerve supply has been completely severed.

Huge thank you to Helen Louise Davis a wonderful volunteer for everything she has done to date for our special boy, without her and her dedication, love and compassion I don't really know where we would be today .... let's hope we can smile and cry happy tears together soon.

Poor Drake did not deserve this 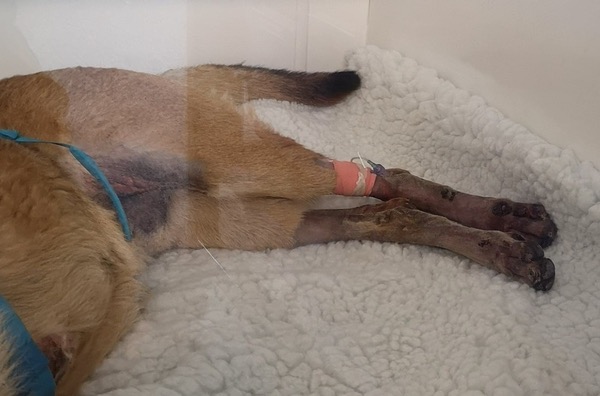 We are setting up a number of fundraisers to help us cover the costs of his treatment and we hope that people will support us on this as we believe Drake deserves to have a chance after all he has been through with the awful life he had prior to this disastrous adoption and then the dreadful injuries he has sustained because of a thoughtless idiot.

You can donate by VMG and we will get Gift Aid or by Paypal. We are also organising raffles with fantastic prizes donated by supporters and we will be running online auctions all of which will be announced on our main Facebook page. Any amount donated will be much appreciated