Cracker - What has traumatised this poor dog?

Cracker was living rough, (we dont know for how long). It took a week to catch him, he was eventually caught in a dog trap, he was too frightened for anyone to get near him. 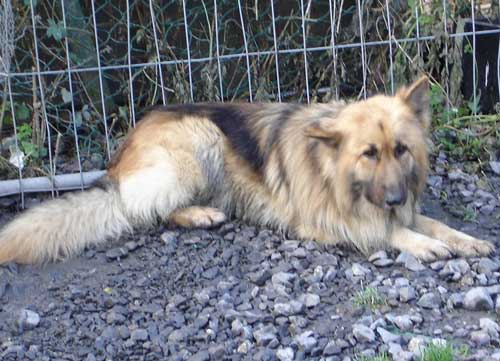 This is Cracker. He is currently in the Dogs Aid animal shelter in Dublin. He is no more than one year old and very very handsome.

Nobody knows what has happened to this poor dog in his short lifetime, but he certainly hasn't had a nice time. He is terrified of men, he was terrified of women too but has now come to accept them. He has come as far as he can in the shelter, he badly needs a foster/ forever home so he can improve. He needs socialising, especially with men.

He is good with most dogs but took a dislike to a few of the bigger males at the shelter. He shares his pen with a female lurcher and a male terrier. He adores the lady who runs the shelter and has shown a really different side to himself. He can be very affectionate and although in the early days when he came in we thought he wouldn't improve, we now think there is hope for him. Its a long shot, as so many normal dogs are looking for fosters/homes but we would like to give him a chance. Obviously he will need to go to a lady fosterer who can spend time with him. 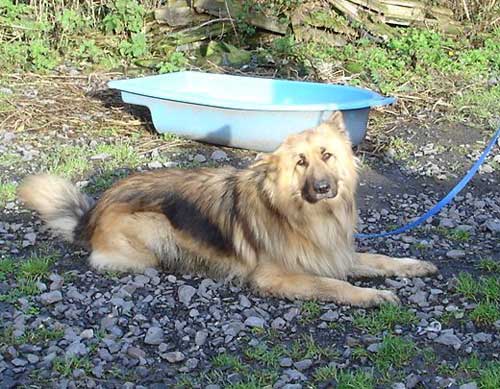 This dog is just beautiful - this is so sad for him.

What Cracker needs is: patience, not to be forced into accepting new situations, gradual introductions to new people and situations, in particular men, so a home with a resident man would probably not be suitable for him initially unless ladies you can send your husband away for a month while you settle him . He needs to learn to trust people again and anyone who has Cracker needs to ensure that they don't let him down by trying to force him into quick acceptance of situations. He will benefit from training in the future and gentle persuasion will be the key initially for him. He wasn't overly impressed with toys but he very gently took a gravy bone. He would certainly benefit and find it easier if he is with a bitch who is confident with people as he will learn from her and follow her lead with people. Due to his nervousness he is not suitable for a busy household with children & people around him constantly and he should possibly have his own space that he can go to when visitors arrive - kennel say he goes to his crate when she has visitors by his own choice.